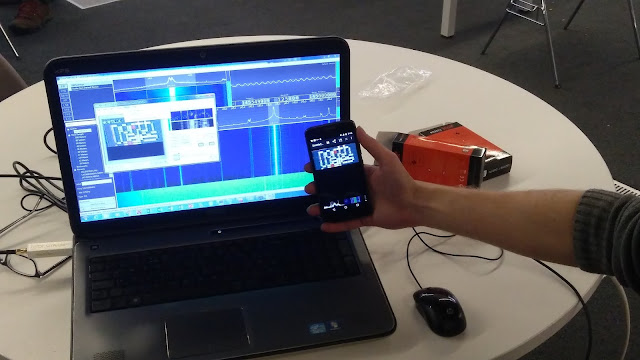 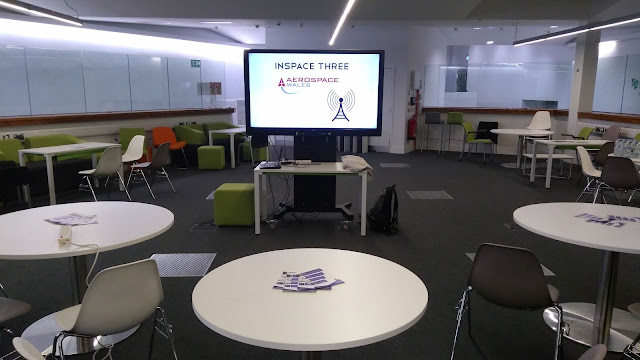 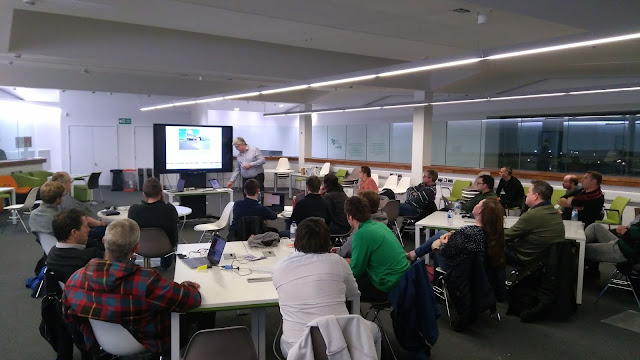 Last week I ran the 3rd event in my INSPACE series of events which have all been hosted by North Wales Technology (INSPACE ONE HERE , INSPACE TWO HERE!). This INSPACE theme was Software Defined Radios (SDR) and the event was split into 2 main sections. I started the evening with a presentation about the Libre Space Foundation (LSF) and in particular the SatNOGS  project which is a global networked system of opensource satellite ground stations. I wanted to tell the story to the INSPACE audience for a couple of reasons. The main reason is I think it is an inspiring story how LSF have bootstrapped a plethora of space technologies, missions and projects in a unique way, not just opensource, but also outside of military and defence development methodologies. The second reason is that I had negotiated some sponsorship from  Aerospace Wales Forum to not only sponsor the INSPACE 3 event with pizza and drinks but also to sponsor a project to deliver the required hardware for a SatNOGs ground station install on one of  Bangor Universities buildings. Its excellent that they supported this project idea and also excellent that they came over to this event and support it on the night. 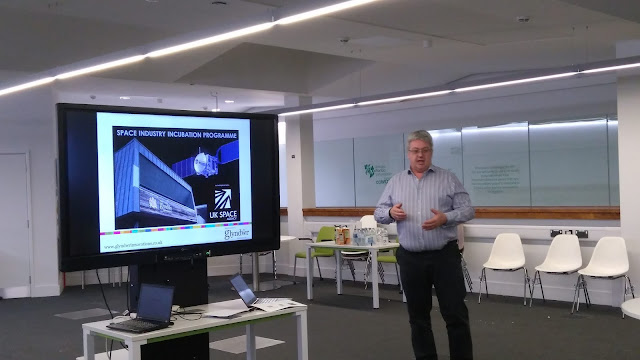 And what a night we had, after my talk about LSF and SatNOGs we heard from Richard who works for Glyndwr Innovations who told us about the varied payload development projects there are at the St Asaph Optical cluster and also about the high end engineering systems that are hosted within Glyndwr's campus. He went on to describe a recent program Glyndwr innovations ran to deliver some small funding grants to local startups for research and or engineering/validation with the funding coming from the UK space agency. It's excellent to see that there are organisations working to bringing this funding into North Wales to develop the space industry ecosystem here.

After some pizza networking the 2nd half of the evening was in the capable hands of Luke and Chris who hosted and informal workshop getting everyone started with RTL SDR's. These are a cheap USB dongle originally designed for use as digital TV receivers for laptops but they actually contain a very capable software defined radio receiver and as can be used for lots of radio usage (and indeed they underpin the whole of the SatNOGs ecosystem so it maintained the subject for the evening)!.

By the time we had finished everyone who wanted to had installed and got up and running with a SDR dongle on a variety of platforms, of course windows and linux and mac but also a few people used them with their android phones etc. We had some attempts at trying to hear a satellite outside the venue but with not perhaps the best antenna or indeed the best passes of satellites success was limited, we did mange to get an ADSB setup running and see some aeroplane transponders... but the cold quickly beat us back inside! 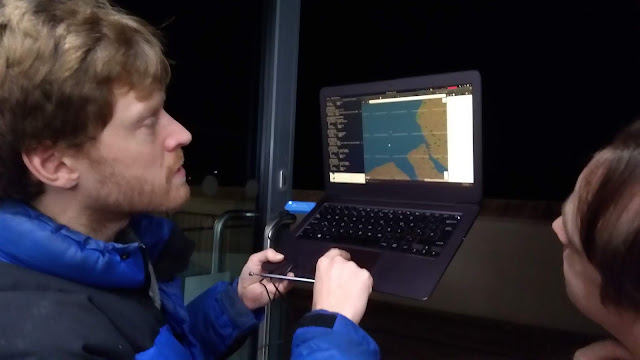 We finished the evening with Chris transmitting some SSTV Images... including the North Wales Tech logo and the attendees capturing and decoding the images, fabulous fun and I want to extend massive thanks to Chris and Luke for their help in running what I feel was another successful INSPACE event! Finally massive thanks also need to go to Carwyn from NW Tech who puts in astonishing amounts of work for the cause, Arleosi Pontio Innovation for once again hosting the event in their co-work space and Wales Aerospace Forum for the aforementioned sponsorship.

Posted by concretedog at 06:05 No comments:

So yes... I've considered setting up a podcast for years and never got round to it... but just decided to go for it! Here is the first test episode with random sung intro music and a 5 minute anecdote... hopefully more to come! All suggestions and comments welcome.
Posted by concretedog at 11:31 2 comments: 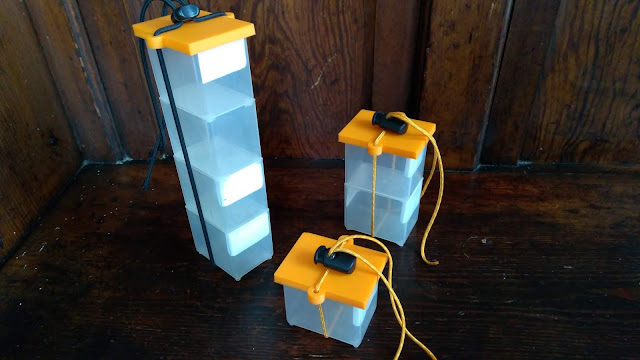 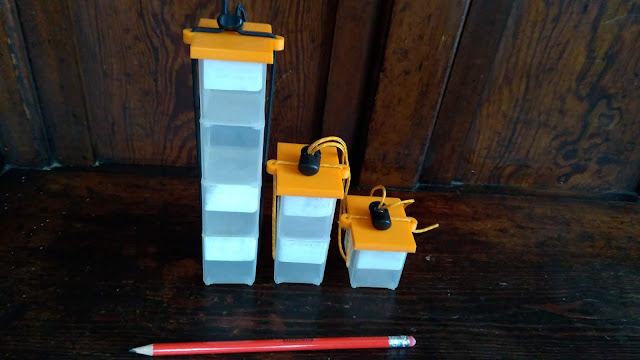 Aaaaaages ago my dad gave me a huge box full of these small 'raaco' stacking boxes that had been chucked out of a business somewhere and had been given to him. I have used a few on my workbench loose and they make really useful project boxes for holding small parts as I am working on something, or I've used them to sort electronic components when doing batch assembly. They also stack well but they don't have lid and I don't have a case for them which limits their use a bit. I keep contemplating making a larger box for them to stack into but then I had this little idea to 3d print some lids with holes for some cord, I can now fasten and transport them whilst keeping every thing safely inside making them much more useful! Using a bit of cord and a drawstring toggle means that the lid can close different multiples of boxes.

Also whilst I am here.. someone got in touch the other week and asked to make a donation to me as he had been inspired by a post on here! That was very cool and humbling, so in case anyone else wants to buy me a coffee I've added a donate button to the blog! Feel free to use it!
Posted by concretedog at 04:49 No comments: