My mighty labelmate Jetsetjim has produced this grand video for this track taken from my forthcoming album "The Coracle and the Yellow Shell" due for release on 12th February......not long now!
Posted by concretedog at 12:42 No comments:

Sunvox on my droid 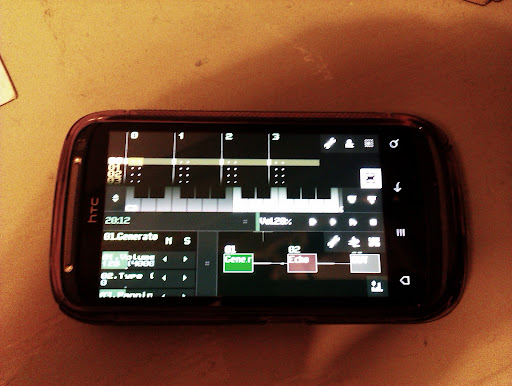 Awesome, Sunvox is ported to android and is on the app store, running beautifully on my htc desire s. Today is a good day.

Posted by concretedog at 12:42 No comments: 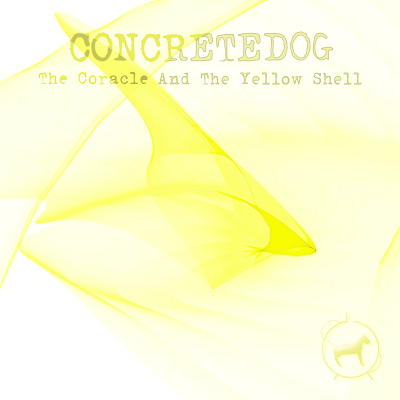 Haha...So the date for my forthcoming album "The Coracle and The Yellow Shell" is set for release on 12th February and there is a full track as a preview up on the Warm Data soundcloud

Aah back to building!


So whilst I was working on the album (due for release soon - more details to come) I enforced a no build rule as it was the only way to get the thing done as building synthy music stuff is a hole into which to pour time! Anyway the ban is lifted so I am setting about a project. Above is a video of me explaining a prototype of part of this bonkers sequencer I'm trying to design and build from CD4013 Dual D type flip flop ic's. The video shows some of its main functions namely the ability for it to skip steps but also it will have a sort of matrixing of switches allowing high steps to be sent to different places and even the ability to run smaller sequences within the sequence like two 3 step sequencers running and recirculating within an 8 step sequencer.....its hard to explain! Heres a picture of the design of the switching matrix/logic layout if you're into that sort of thing! 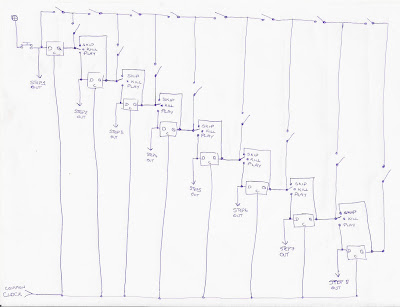 Happy New Year all also
Posted by concretedog at 13:11 No comments: