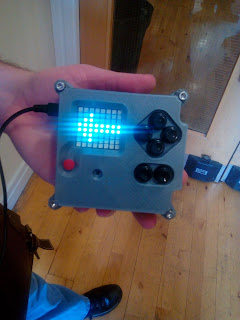 So on my recent trip to London it was my privilege to drop in on the Covent Garden rpi jam at Dragon Hall. I was so impressed by the setup here with loads of really great motivated mentors and some cool workshop activities on tap. The proof of any tech community or group is in its outputs.. I met some amazing young people here (really young) who were already running workshops in many areas such as robotics and Python and sonic Pi etc... Stunning... Mind you I knew it was going to be cool when I walked in and spotted this DIY astro pi before I even got into the main room! 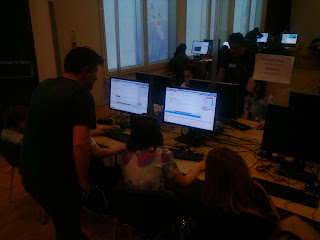 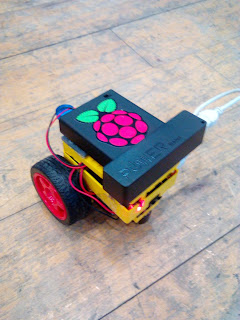 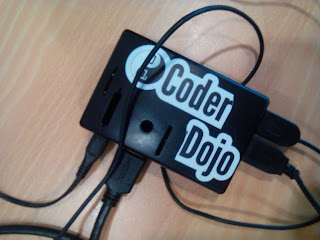 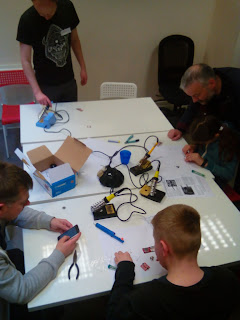 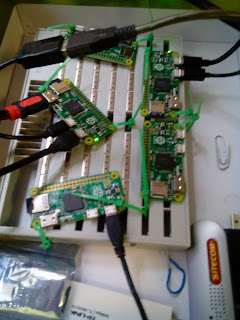 Posted by concretedog at 12:28 No comments:


The mighty N_O_D_E are excited by the idea of the #VRhackspace and have made this great video above. We've also been pushing discussion on twitter (@concreted0g and @N_O_D_E ) with the hashtag #VRhackspace. People seem positive and want to see it happen... please join in the conversations.

I've also been playing with a google cardboard setup and an old cheap android phone, which is fun and gets the imagination firing as to what could be done. A great proof of concept I could use would be an app into which an STL file/model can be loaded and viewed (rotated etc) which multiple viewers could log into and talk. I'll (with pretty limited time in the next couple of months) try and tinker a way towards this as a side project.

If this really takes off and the community want to move forward I guess we'll need to work out ways  and platforms of collaboration. 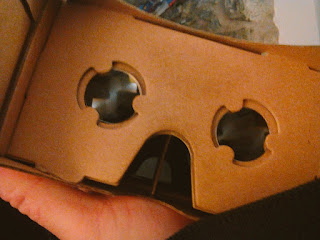 Posted by concretedog at 10:43 No comments:


I came across this great app video via N_O_D_E.net on their cyberdump 11 vlog.... It is a VR app (out on steam) that allows you to have your desktop within a VR environment....It got me thinking..

I've not paid massive attention to VR and AR for a while.. part of that is that I'm not a gamer and lots of stuff is aimed at that community. I do however do a lot of online collaboration so am quite interested in it's applications for that.. I have become slightly enamoured with the idea of a VR hackspace/LAB/workshop. What I'm thinking is a place where machines (cnc router/3dprinter/cnclathe etc) could be emulated and work run in simulation, refined and then the resulting gcode or whatever brought back into meatspace for realisation. It appeals to me on numerous levels, one is that I could carry my various machines around virtually and continue to trial things anywhere and the other is that it could be an interesting solution for those who are reasonably isolated from makerspaces/hacklabs/fablabs etc

EDIT.. It just occurred to me.. the premise for teaching skills in safe environments here is also a massive bonus.. people could learn about how to perform machining operations either for the first time or on a new machine in virtualisation before potentially hazardous meatspace work.

I don't have the skills to realise this but am probably going to have a tinker around the idea.. I have a google cardboard kit somewhere and this video about creating VR environments in Unity might give me a start.

:) I really enjoyed doing this talk for TEDxHolyhead.. a brilliant day with superb organisers, speakers, tech crew and audience.

Posted by concretedog at 09:23 No comments: 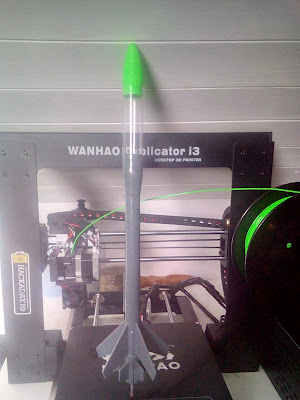 So yes.. I bought a 3dprinter.. I've been reading about different models for years and weighing up the pro's and cons and then finally I decided that this Wanhao i3 v2 was for me. Mainly due to knowing someone who had one and also seeing that there was a lot of community built around them. 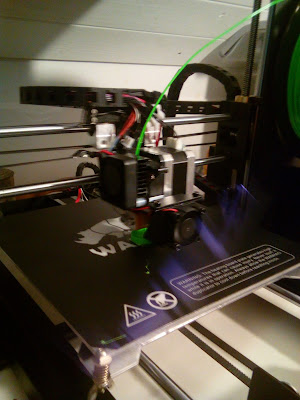 I was out of the box and printing PLA within half an hour and I have to say that it's been a largely pain free experience. The only slight issue was the X axis was slightly misaligned on the Z axis lead screws.. it has twin lead screws either side for the z axis and it had obviously got a little skewed by vibrating an extra turn along the leadscrew on one side. 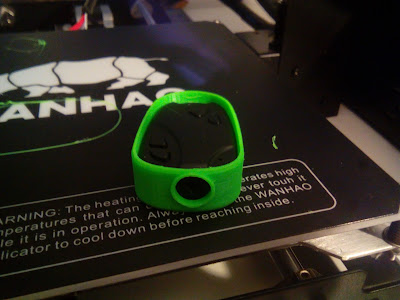 So it's early days but as well as the rocket nosecone from the first picture I've printed a few bits.. like this case for the keychain camera I've used on model rockets.. means I shouldn't have to selotape directly to the camera next time! 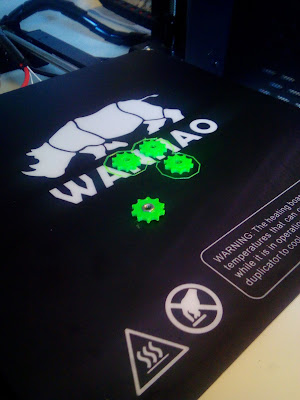 And of course... it isn't truly a 3d printer till you have printed a modification on it for it! In this case some bed levelling thumbscrews with a press fitted m3 nut that are MUCH easier to adjust than the wingnuts that came with it. 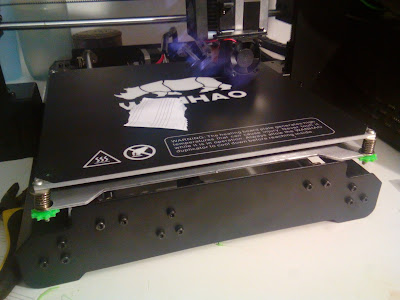 Posted by concretedog at 13:04 No comments: