Rather decently the emerging innovation quarter of Pontio at bangor university allowed me to sit in on their Co Lab laser cutting training this week. Rather than turn up with nothing I thought I'd better take/draw something to laser cut. I had been playing with making laser cut plywood scalextric car chassis as a learning project using Ellesmere Port Fablab's laser but thought I'd do something else. So Tony at Fablab had been making these "Longworth chucks" which I had never heard of! They are essentially two similar discs of material with arced guides which hold bolts/threaded bar which move in a self centring fashion to hold work, creating a motion similar to a camera iris. They seem to be a useful bit of kit (in a larger form) for wood turners who need to turn the underside of bowls etc, but could be useful in many work holding situations. (I plan to make one and turn up an adapter to have as a chuck on my DIY rotary table/dividing head project).

I didn't have a file to cut though, so a search revealed this excellent tutorial from Nerd Club which I followed through and made a design for a 4 jaw 60mm chuck. Its a well written tutorial but, even so, you go through some complex stages to get to the finished design! 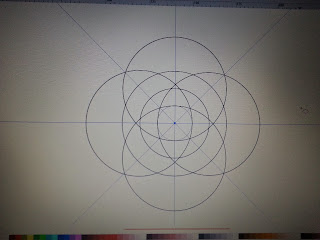 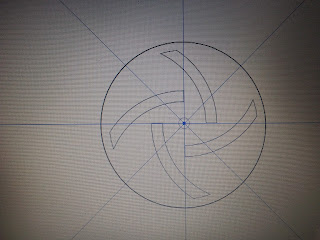 The thing about laser cutting is it is so quick.. maybe an hour to draw the thing using free opensource package Inkscape and then 2 minutes to cut the discs.. in fact I snapped one whilst assembling it and had another cut within 2 minutes.. thats amazing! 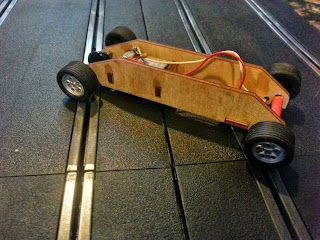 Posted by concretedog at 04:12 No comments: