JETO... Just Enough To Operate, Learning and projects and play 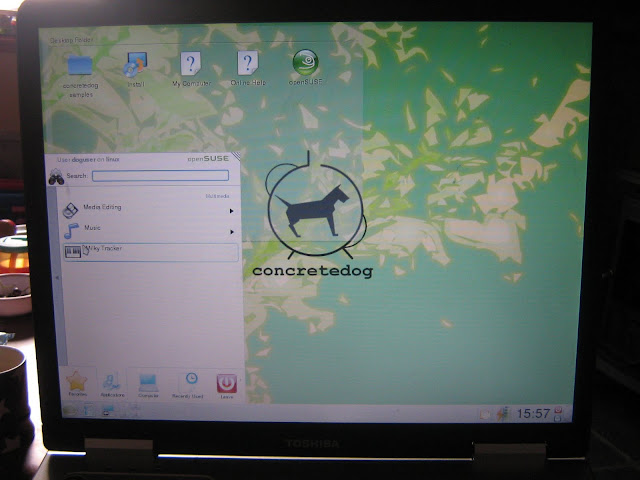 I had a long conversation with the mighty N-O-D-E.net last night that started off as a discussion around homebrew CNC controllers but ended up being a fascinating talk about learning and approaches to projects. I talked about an idea I have used for a long time and it made me think maybe I should blog about it.

So years ago ardent followers may recall I was playing with rolling my own linux live CD's/Images using OpenSuse and Susestudio. It was good fun bundling stuff up and deploying it in a virtual machine before compiling an image you could burn to disc or make a bootable USB drive etc. If I recall correctly it started with numerous presets including an "everything you could ever bundle into the core" down to an intriguingly titled... JEOS... Just Enough Operating System, this option of course had the leanest setup, no windows manager, low GUI, no frills.

This struck a chord with me as it encapsulated my approach to projects somewhat. I tend to learn just what I need to learn at any given time towards a given project during the project. I note things I find interesting but don't necessarily need to know more about at the given time and then tend to explore these when the project they relate to is finished. Therefore learning Just Enough To Operate.

This approach could be considered lazy, an example of "Jack of all trades but master of none", however I don't use this JETO idea to avoid complexity, rather I use it as a governor that stops my mind focussing into learning abstraction that I don't need to realise the thing I am making. Rather like the second and less often quoted part of that phrase;

"Jack of all trades but master of none,  but oftentimes better than a master of one."

I've also used this in some facilitation work, creating activities which allow participants to consider and strip away what resources they actually need to realise a project can be very powerful. It always reduces barriers and increases peoples permission to approach complex projects.

So for me, my JETO concept is really useful combined with my ideas around Purposeless Play (another blogpost at some point) it gets me through most projects.

Posted by concretedog at 02:40 No comments:

Little plug for this upcoming workshop in North Wales.. there's only a few places left! I'll be bringing lots of model rockets, doing a basic rocket anatomy 101, an introduction to openrocket where people can have time to play at designing a rocket and simulating it's flight etc. We'll finish the night looking at tools and approaches to scratchbuilding rockets from lo tech solutions to 3d printing, laser cutting and CNC routing.

Snag one of the few remaining places here!

Posted by concretedog at 02:41 No comments: 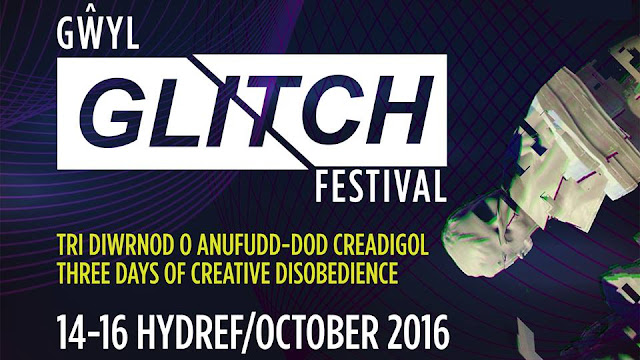 So I am speaking at this festival! "How I Accidentally Ended Up in a Space Race" is my title. I'm really looking forward to it particularly as the term "GLITCH" has made me think about the connections between where I started with things like circuit bending and glitch music and how they formed the following adventures that have led me to having CNC robots and making space parts! If you fancy coming along it's free and I am on at 2pm on the 16th October in the Mostyn gallery.. but do check out the entire festival.. PDF program here

ps it has the mighty Paul Granjon too :)

Posted by concretedog at 09:59 No comments:

Been ages since I did some databending .... in fact I can't remember or find evidence of a period where I did a lot of it! I thought I'd blogged many moons back but apparently not (although my orange banner image across the top of this blog (which needs replacing!) is a databent image from that period! I needed to have some examples of databent images for an upcoming talk I'm doing and here are today's results.. I like them.. (would love to do some big prints and show them..) I made myself databend only images that were photo's I'd taken of things that I have made... enjoy! 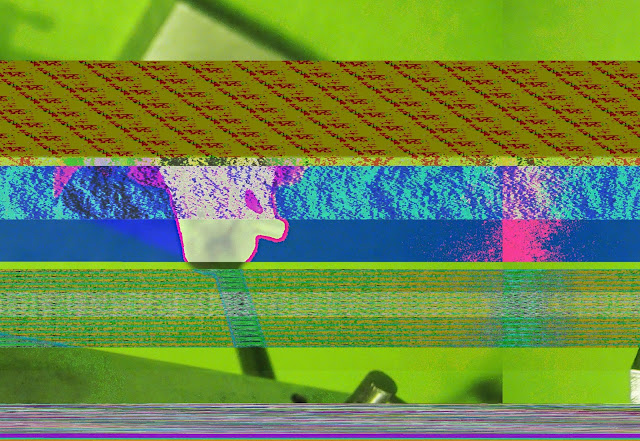 Posted by concretedog at 08:33 No comments:

Had a great busy weekend with lots of things where I live as the Ogwen River festival (arts/music/poetry ++) was on. One thing we really enjoyed was hanging out in the rain with friends making marble runs from a supplied collection of scrap stuff. This marbling is part of an ongoing exploration of play and flow and marbleism (manifesto here) curated by the brilliant combo of Lisa Hudson and Lindsey Colbourne with which we have interacted with before at pontio and hope to do so again soon!

It's a really engaging activity for both young and old, in this era where everyone seems to bang on about 'STEM and STEAM' with no real passion... it is events like this that seem to me to be perfect.. a combination of arts and technology and making, intergenerational, learning through failure (marbles flying off all over the place), doing stuff, teamwork and as it's stuck in a woodland in the rain it's healthy.. outside, fresh air, exercise, climbing over stuff.. lifting bits, teamwork.... perfect.. long live marbleism I say.
Posted by concretedog at 11:30 2 comments: