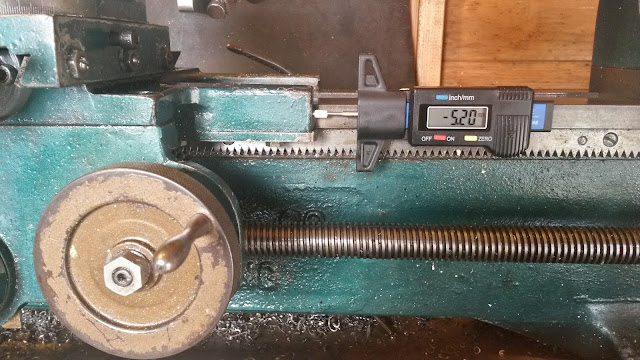 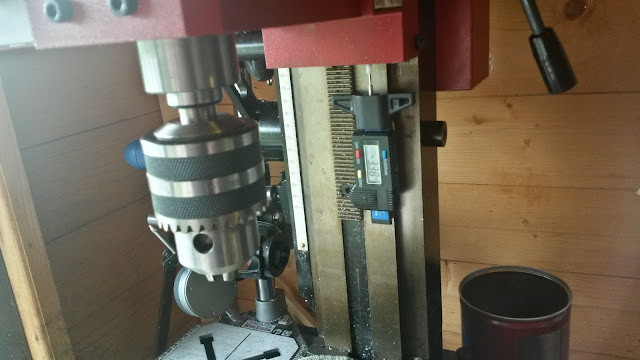 So, a DRO for machine tools (lathes, milling machines etc) is a digital read out that tells you the position of or how far a given axis has travelled. Obviously this useful if you want to make a part or a cut into a component to an accurate size, the trouble is... they can be very expensive! Even a hobby level DRO setup for say a milling machine can run to hundreds of pounds.  One common workaround (apart from using the engraved hand wheels) is to use a Dial Indicator set up to indicate how far a given axis has moved and indeed I've used that technique a lot. (it's a nice technique as it automatically cancels any error due to backlash as it isn't linked to the lead screw and always tells you the exact position of the axis). Still dial indicators and requisite holders/clamps can cost a few quid and can be awkward to get into a good position etc... so when I saw this hack to convert a tyre tread gauge into a micro DRO... I knew it was for me..

So these digital tyre tread indicators are super cheap... I paid £3.99 for one and could have spent less if I was prepared to wait for one to be delivered from the far east. They are essentially a short travel version of the cheap digital callipers that are widely available ( and indeed have the output slot that people have exploited to create data logging calliper )..  So the modification consists of a couple of different things... firstly you need to reduce the drag on the calliper slider which is created by a small steel slip inside the device.. this is for when you measure a tyre tread you can position the indicator then remove it from the tyre to read the result and the slight friction on the slider keeps it in position. For the DRO hack we need it to be as free to move as possible. Once this is removed I turned a small collar for the end of the probe from some Delrin which was drilled to fit the probe end snugly and the other end drilled to house a cheap but powerful 3mm diameter neodymium magnet 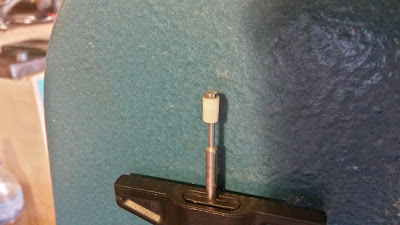 For the next part I whipped up a quick drawing to be able to CNC rout a plate for the base that would house the larger magnets. I made the toolpaths tight to the 8mm diameter of the magnet so that they were an interference fit and required pressing in on my small arbour press (also for added security I put a blob of superglue under each magnet). I then glued the magnet base to the base of the unit and hey presto... a portable quick fit DRO! 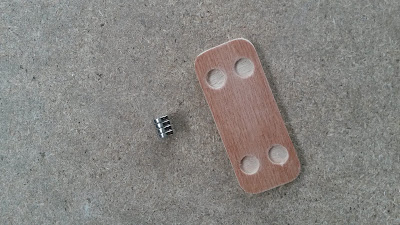 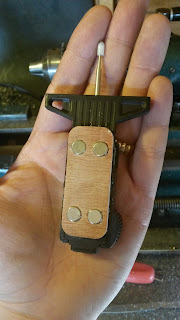 It works great, I am really pleased with it and will probably for the price make a couple more.. Its also great that the 8mm magnets are enough to hold the device firmly even if only 2 magnets are attached to whatever it's clipped too. The zero function of the device means that even though it only has a small throw (27mm) it is easy to sequentially move the DRO and zero and keep a running count of position over a longer length.

Posted by concretedog at 10:20 No comments: 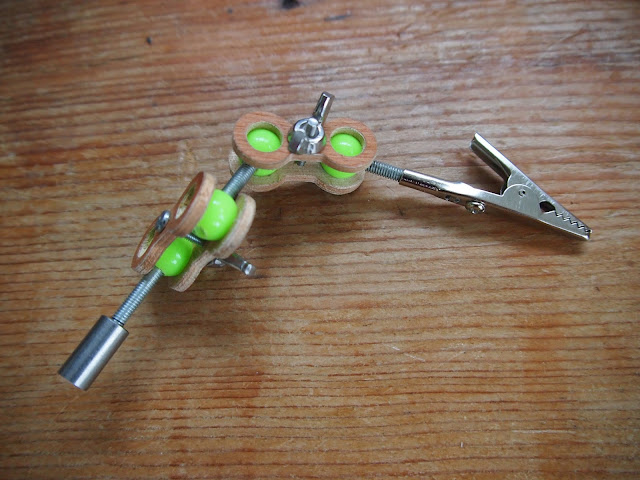 In amongst a busy week I managed to fit a little make in! I was inspired to make these by my twitter buddy Rob Ives ... for the uninitiated Rob is a master maker and what he can't engineer out of paper doesn't leave much! Check out his website for some great stuff and projects to download.. https://robives.com/

So anyway.. these ball and socket joints are made from some cheap 12mm nylon beads I got on ebay which I drilled and tapped (awkwardly... the nylon tends to melt when drilling making it tricky) to take some M4 bar.. The wooden sockets are cut on my CNC with the holes for the beads being 9mm diameter. A bit of tension on the bolts and the result is a grippy yet positionable joint. I then turned up a small 8mm lug and tapped it to M4 as well and attached a crocodile clip (with a blob of epoxy) to the other end. Hey presto... another accessory for my ever growing accessory station! 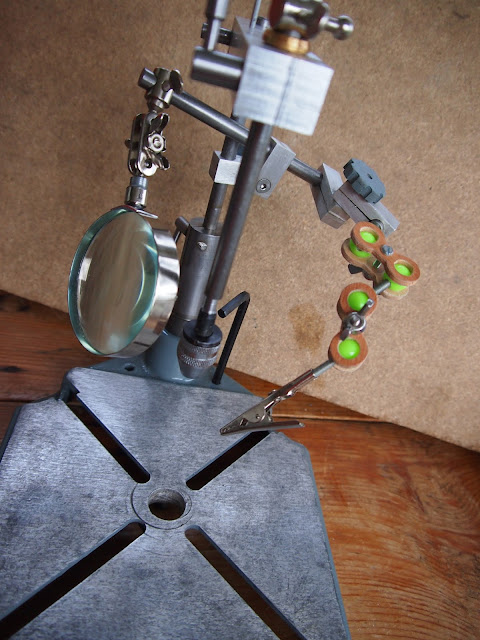 Posted by concretedog at 11:11 No comments: 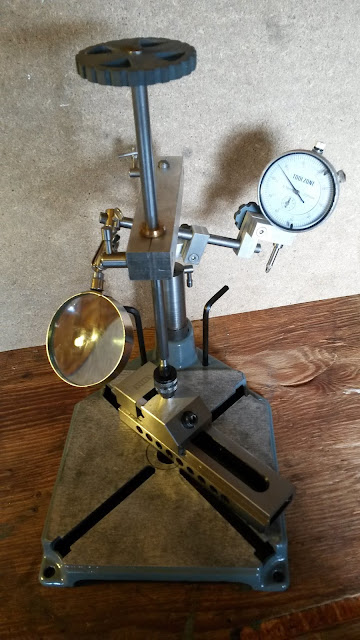 Stalwart readers of this blog (a very elite club!) may know that I have an ongoing project that started off as some Dial Gauge accessories which then expanded to include a tapping stand and indeed on my last post about making the PocketQube chassis I posted a photo of me using it to tap some small holes. It worked great but made me wish that instead of just a big lump of (recycled in my foundry) aluminium as a base I had something that I could put my precision vice on. So to the scrap pile! Within my hoard I had a base off an old black and decker drill press stand (the type you insert a hand power drill into a collar). Despite being a pretty poor casting that has a few marks from some abusive drilling with a few file strokes the base sat level on a level surface and cleaned up well. A lick of grey enamel paint smartened it up a bit as well. 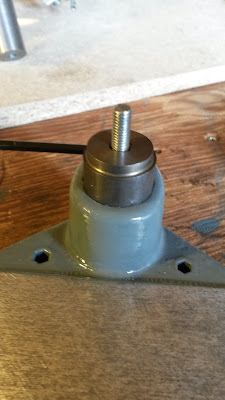 To attach my DTI/tapping stuff I turned a bit of mild steel to the diameter of the old drill column and then drilled and tapped an M6 hole into it. Into this I inserted a short piece of M6 threaded rod with a bit of thread locker to keep it in. It's worked really well. Next on the list is I need to mill some flats onto the piece that screws onto this base and has the clamp slits that hold the uprights and make a spanner so I can nip it up a bit more. 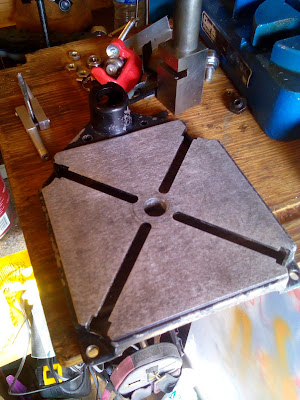 The obligatory before pic!
Posted by concretedog at 09:09 No comments: