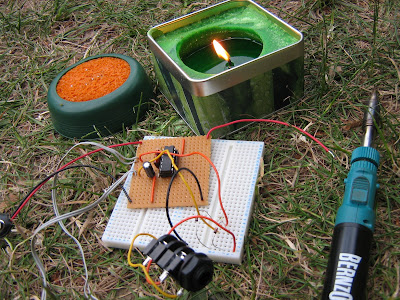 Spent some time camping but lest anyone think that stops me hacking stuff, this post is to dispell that notion once and for all!

I'm still pouring any rare free time into building a noisy modular "synth" using basic logic devices and whilst on hols I built the above board up which is a couple of oscillators built on a cd40106 IC. I also built up a pseudo ring modulator based on the cd4011 IC. (I may geotag where all the bits of this are built...here's where these modules where put together) 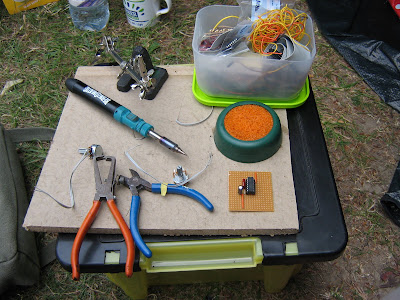 These modules are now part of the growing collection of stuff making up my ghetto modular...of which I'll post an update soon. Last image is of my camping mixing/recording setup...the little mixer is great, built like a tank and powered of a single pp3, I bought it as faulty of ebay for £4.50 posted and the fault was the battery clip had snapped so an easy fix. 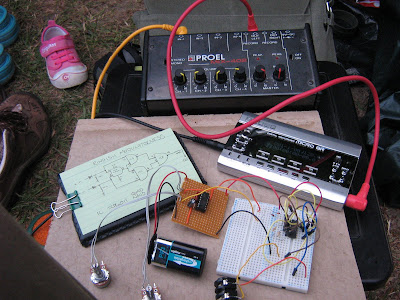 And here are the fruits of this little test field recording...pretty noisy as per usual!