CNC router up and running! 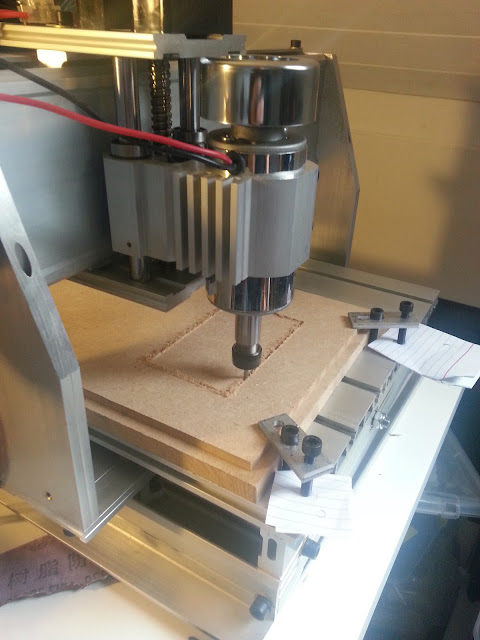 So.. I have a CNC router.. hurrah! It's been a long journey getting it together as (like most things) I haven't done it in the simplest way! A while back a conversation on twitter led a wonderful stranger to gift me a YOOCNC controller unit that he had upgraded his machine from.. I already had some really powerful nema23 steppers in stock and so I got to thinking about building a cnc! The first thing I wanted to do was convert the controller to work via usb (like most cnc controllers they run parallel ports) and also so I could use the opensource GRBL controller software to run my machine. So an arduino and some wiring later I had the controller moving 3 stepper motors on my desk!..

I spent a while considering and prototyping a CNC router but then found a dealer on ebay selling mechanical kits for a 30x40cm CNC.. the price was right so a bit later everything was here!

So the last few weeks I've been getting my head around a few needed subjects... my current toolchain to create the required Gcode that GRBL needs is to draw the object/paths in Inkscape and use the GCODETOOLS extension to create the code. It isn't intuative and has taken a lot of tinkering and experimenting but I'm getting there and have started to make a few items that are beyond just test cuts!

First up I got one of these HDMI screens from Adafruit (with some free vouchers she gave me but thats another story!) the screens are great but just come as a bare unit so I've drawn up and routed a screen surround which makes it more handle able and I'll get round to drawing and cutting some triangular legs for it at some point. This was an interesting exercise as I had to mill out an area to a depth and had to work out making the thin tool stepover etc all good learning. 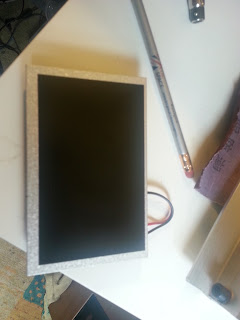 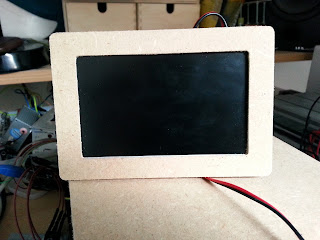 Then next up I've made this desk tidy/tool holder .. it needs a few revisions but overall I'm very pleased with it! I'm probably still being quite cautious with my cutting feed and speed rates but even so it took around 13mins to cut all of this out of 6mm mdf... it would take me hours to do it manually! 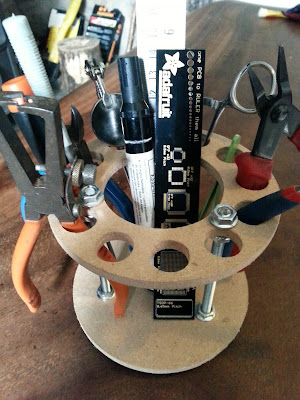 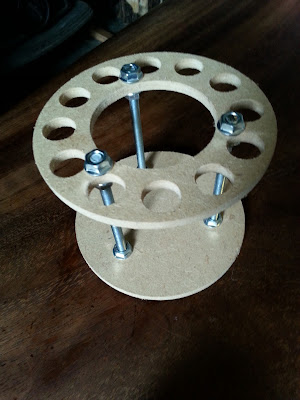 Posted by concretedog at 08:34 No comments:

It’s not Rocket Science…OzQube1 media round up 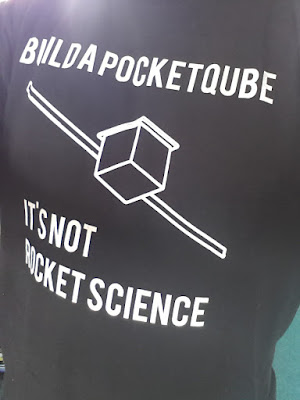 Someone made a comment on my tee shirt today which is great as it enables me to tell someone else about DIY space initiatives and Pocketqube satellites, as well as focusing in on Stuarts brilliant OzQube1 project. It also got me thinking that it ‘s been ages since I did a post about OzQube1 particularly as it’s got a LOT of media attention recently. Check out this timeline of coverage he has received in the last few months. I speak to Stuart via DM most days and his work rate is prolific and it’s great to be (relatively speaking) along for the ride. The challenges he faces in his project are varied from the very technical to the mechanical to the administrative and the interpersonal. However one of his challenges stands out… FUNDING.. if you would like to help fund the launch of OzQube1 feel free to donate to him via his gofundme page  http://www.gofundme.com/ozqube1 and keep up on other news and ways you can support him at his blog http://ozqube-1.blogspot.co.uk/ .... but for now relax and unwind and watch Stuarts recent appearance on Australia's channel 7 Today Tonight program...

June 2015 edition of SatMagazine – US based web and print magazine for commercial satellites. http://www.satmagazine.com/story.php?number=1481898241

26/6/15 – ABC talkback radio in Tasmania! (No web link!)
June 2015 edition of SatMagazine – Mentioned in an article, but not specifically about Ozcube http://www.satmagazine.com/story.php?number=192493859

Posted by concretedog at 05:38 No comments: