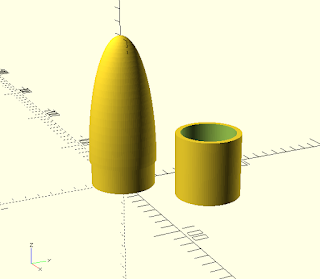 Just in case it's useful I decided I'd chuck a few bits of openSCAD code I use to generate 3d models of transitions and nosecones and couplers for rockets onto github. I am no amazing coder but it's nice to opensource what little I can! Its pretty well commented so you just stick in the dimensions you need and render!

IT'S HERE!
Posted by concretedog at 11:34 No comments: 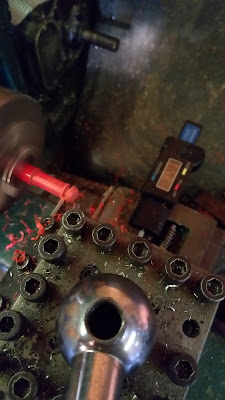 
In high power rocketry often a rail is used to launch the rocket rather than a simple rod as the aluminium tee slotted extrusion ( the same types that many 3d printer or hobbiest cnc router frames are made from) is more stable and rigid. This means that instead of a launch tube/lug being mounted to the rocket airframe a pair of rail buttons that slide into the slotted extrusion are added instead.

I struggled when I was building Panta Rhei for my level one certification to find out which rail buttons I needed or indeed the dimensions of the ones I needed as I hadn't ever been to a high power event. However I eventually discovered there are 2 types of rails commonly used, the 2020 rail with a 6mm slot or the 3030 rail with an 8mm slot.. Eventually a very kind UKRA member (driven mad by my constant questions) took pity on me and sent me a set of rail buttons that would fit a rail that would be used at the launch event I was aiming for. 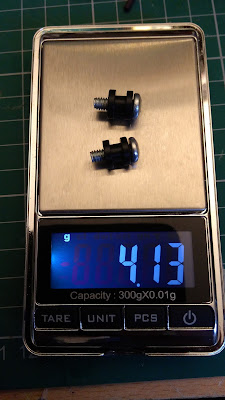 They worked brilliantly and I've been doing a few experiments to make further rail buttons to try and shave the weight and also to be able to use a metric fit as the commercial ones use a 3/16 machine screw to fit them. People who know will know have a bit of a thing about using SI units... but also I think that the 3/16 screws with quite a course pitch thread when usually being fitted into 2 -4mm wall thickness they don't really offer an optimal thread type/contact area. So above is a picture of the commercial ones aimed to be used in a 6mm slotted 2020 rail. 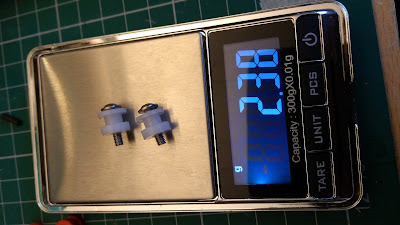 Above is the first set I turned up, here I used Delrin which has a higher Young's modulus than nylon (which I believe the commercial ones are) and is very free to machine and also has a self lubricating quality as you can see about fitted with M3 12mm bolts (with a large head) offers almost a 2 gram saving over the originals. 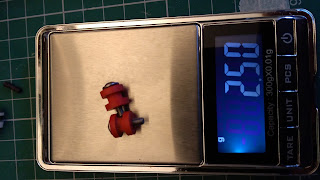 So I think the future is Delrin.. stronger and lighter!

Posted by concretedog at 10:48 No comments: