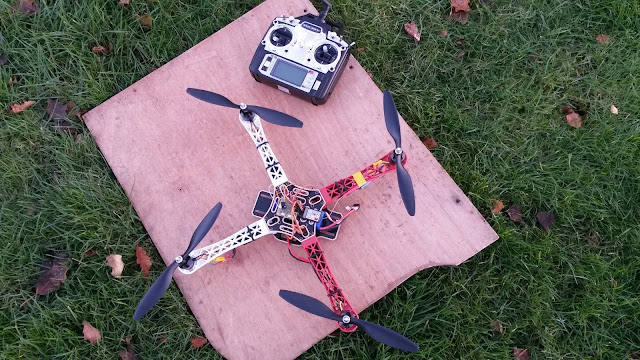 So.. this project has taken me far too long to realise! I finally got out for a maiden flight on this 450mm quadcopter I've built. It's probably about a year since I bought the bits! Many many many people have built and flown quads these days so it doesn't warrant a massive post but for what it's worth my (budget) recipe for this quad is;

Its gone together pretty well and I am massively pleased with how stable and easy to fly (I'm a stabilised pilot so it feels similar to the couple of small brushed quads I've learnt on... JUST A HEAP MORE POWERFUL!). It was easy to setup the CC3D flight computer using the brilliant free and opensource LibrePilot which gets even more praise for being available for ubuntu.

Theres a few jobs to do and some tidying required but really chuffed to have flown this today and
there's definitely lifting power and space on this airframe for some cameras so hopefully I'll get some nice footage.
Posted by concretedog at 12:03 2 comments: 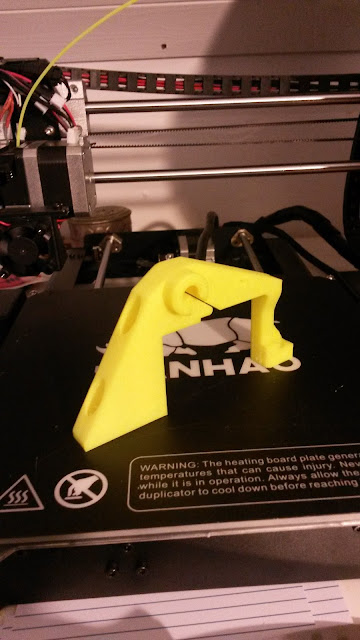 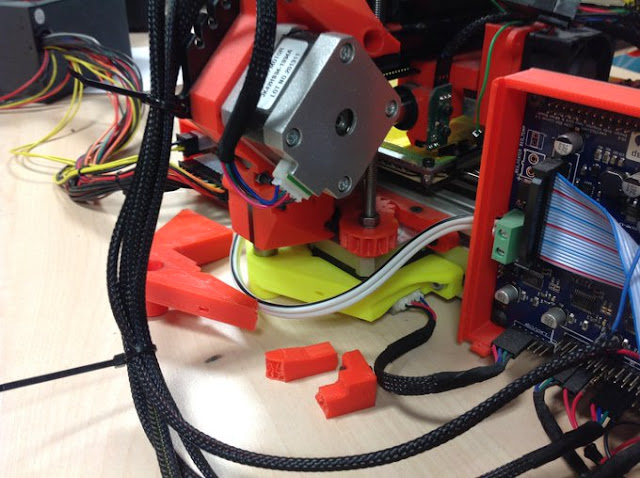 So a friend got in touch this week with a problem.. he needed a bit printing for his 3d printer that had broke. I was very pleased to print him a replacement part. I love that 3d printers can replicate parts for themselves and other machines, as my friends machine is open source they actually sent me a file someone had designed that was an improved version of the part that broke. Brilliant. I hope, whatever the wibbly wobbly future of tech and community brings, that these aspects remain.... a great example of a circular economy.

My friends printer sits in an office in a company (the team in the office all chipped in to have a 3dprinter in the dept to play with!) and when I dropped of the replacement part they said one of the work uses for it was printing replacement gears for a part of the conveying system in the warehouse of the company.. a part no longer available for purchase. So my bit fixes his printer which fixes a conveyor system ... and as I was passing their location with another work task the carbon footprint miles of this part are reduced even further.

And finally the part that broke is PLA so my friend can stick that part in his compost bin and it will decompose.... 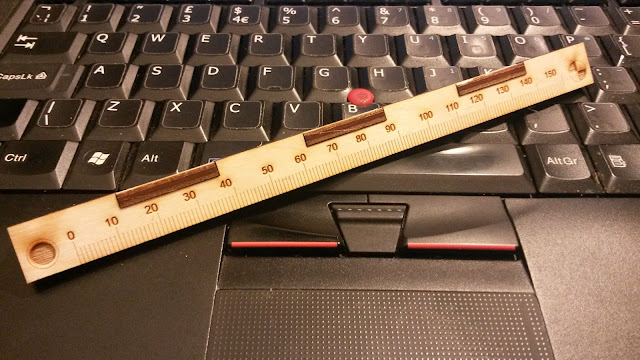 Just in case anyone wanted one, I've put the Lasercut Rocketry Ruler design I put together for the recent rocket design workshop I ran onto thingiverse. The ruler is angled so that however it is placed on a tube/cylinder you will always be able to mark/measure a straight line parrallel to the centre line of the tub... very useful for all kinds of things but certainly for marking rocket fin placements! If you are wondering what the symbols at the ends are they represent the centre of pressure and centre of gravity the first of which must be behind the other to make a stable rocket.  Feel free to tip me millions on thingiverse! :)
Posted by concretedog at 13:44 No comments: