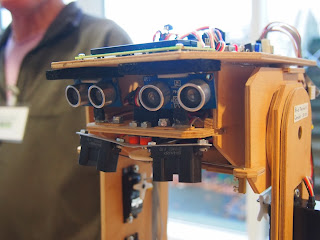 So I got very kindly asked if I would go and run a stall talking about my DIY satellite obsession at the London Maker Show. This event was alongside the model engineering show held at Sandown park racecourse and was the first time that a maker show had been run alongside the model engineering exhibition. The maker show bit was put together by Marc Barto and he did an excellent job in his organisation of the days and also in looking after all us makers over the 3 day event. 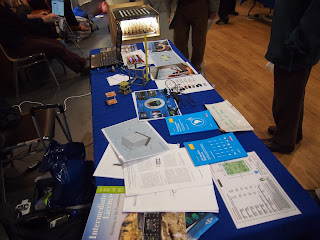 My stall (as at the Machynlleth Maker Faire earlier in the year) was just a few models showing the size of pocketqube satellites and cubesats, and a collection of large photo's of other DIY space/satellite initiatives, some books and papers and I also had my mobile phone set up with one of the realtek TV tuners running alt software so it was a portable SDR radio setup...which proved a popular topic...indeed over the 3 days numerous people downloaded the SDR app and driver and also placed orders online for the realtek dongle...(note to self...next time take some to sell!!!!)

The response was excellent and it was interesting to note that it seems lots of retired satellite/electronics/rfeng type people seem to get into model engineering after retirement! I met some great contacts and there seemed to be a common interest in the idea of setting up a forum to discuss opensource/diy satellite initiatives. I am currently looking into the best way to realise this and will hopefully get something up and running in the new year.

So the picture at the top of this post is a close up of one of my neighboring stall keeper David Buckley who built the most amazing robots to say the least and was very inspiring (my own little robot project has just begun...more on that soon!) and there wher a great many cool things to see...
A very funky and perfectly realised robotic drum kit by Jerry Fleming 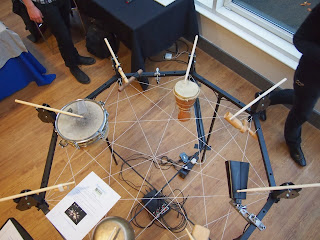 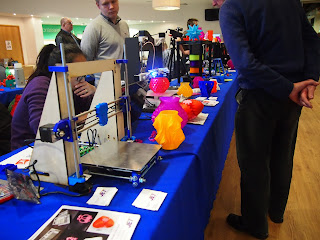 ...and of course lots and lots of amazing stuff in the model engineering side...this setup caught my eye and made me think about a similar mobile/transportable machine shop built around my tiny 12volt clisby lathe I have... 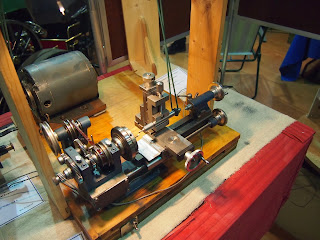 Of course this is just a tiny tip of the iceberg of the wonders that were there...your best bet to get the full flavour is to attend next year!!

Posted by concretedog at 08:34 No comments: