Are makers a movement? 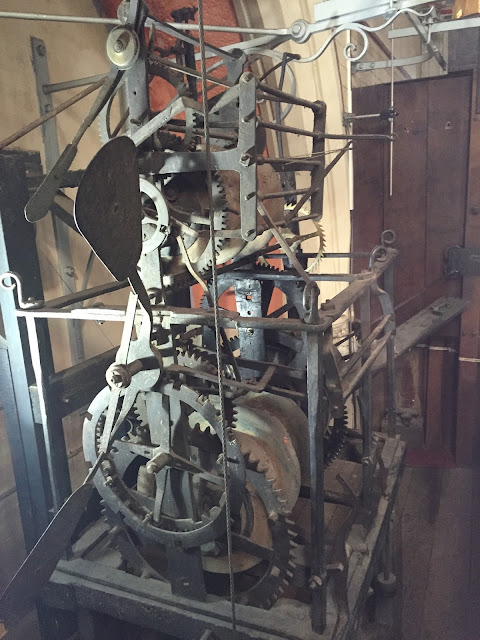 As ever feel free to ignore.. although I get involved in maker stuff I don't spend much time thinking about the form it takes so others are much better informed than me and indeed my definitions may be well off the mark. However here is my two penneth worth!..

For me I prefer the term maker culture or maker scene as I feel there is a broad culture of people globally linked by making within which I feel there are movements. For me a movement is when a collection of bits come together to create a unified direction towards a common goal...like when 'movement' is used to describe the bits in a clock all working together to make the hands reflect the concept of time. So I think there are lots of movements within maker culture.. but not all makers would align with all movements. So for example;

I see a lot of movement around restart and repair, from the magnificent restart party through to Make's appropriation of the phrase “if you can't open it you don't own it”. This unifies a lot of makers, from circuit bending re-users, to people designing and making ethically sourced repairable embedded systems, to those coming up with ways to reuse plastic bottles.

I see movement around localised production/manufacturing with global design, the fablab idea etc. This movement has a lot going on in it but those makers immersed in areas with lots of manufacturing opportunities might not align with it as a movement as they don't see a need. For example I doubt I'd have thought about PCB fab houses and the ethics and complexity of making at home versus using a UK fab house or euro manufacturer or a far eastern company... if I was a maker based in Shenzen...whereas as a maker halfway up a mountain in rural North Wales I do!

Citizen science, lots of makers I know are involved in citizen science projects and this could be considered a movement within the maker scene, as could many other areas, crypto currency, OSS/FLOSS, renewables, energy monitoring, opendata ...I could go on and on..

However some people are makers purely out of an autodidactic playful trait, in that they tinker with arduinos/launchpads/espxxxx/picaxe/fpga or PCR/geneslicing or CNC/lasers/routers/3dprint or diyspace/satellites/radio/rockets or hand whittle a bowl/spoon just because they want to learn and play with no particular end goal or aim... and this is where making seems more flaneurial than a movement to me.

So why does this subject catch my attention, well the difficulty for me considering the whole of maker culture a movement, is that I feel it could alienate people.. I know plenty of makers who just make. I was chatting the other day with a person who was telling me about their model trains and how they had created a massive logic gate control system for it.... for their own pleasure.. I certainly class this person as an archetypal maker... but part of a movement?... I'm not sure. If movement and common aim becomes the core of maker culture.. do we not kill off its aimless wandering vagabond spirit of freedom?