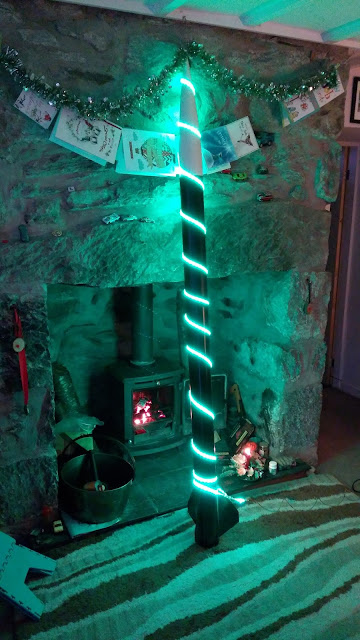 So I’ve had a change of job and I am now working for a fabulous organisation called Indycube they are a Community Benefit Society and run a network of co-working spaces across the UK. They also have a membership scheme which brings people a host of benefits in a package delivered in partnership with the Community Union.. They are passionate about community and the well being of the self employed and lobby around these themes and the future of work etc.

As part of the job I have some time each week as a basic income allowance where I am paid but am allowed to work on anything I like, which is fantastic. It will enable me to do all kinds of things.. so I wanted to do just a little post about the first thing that I have done with my basic income.

My two kids went back to school after the Christmas holidays (in which yes I did briefly erect an enormous rocket with lights on) and my son was very excited to come out of school and tell me that his theme of work for the term was “flight” … he then went on to tell me he had told his teachers that his dad builds rockets. I could tell he desperately wanted to take a rocket into school! So I got a message to his teacher and arranged to go in and do a morning of talks to Harri’s entire year group about rockets! I took in the whole fleet and lots of components and made each session as interactive as I could. The kids absolutely loved it and had loads of pictures with the rockets and asked lots of questions. Harri was as proud as punch and it was generally hailed as a success. But it extends beyond that.. whilst there I chatted to the teacher of my daughters class who told me he was trying to set up a code club. He was thrilled that I then grabbed his email and introduced him to the Wales code club coordinator who hopefully can get him access to a wider network/resources but I also introduced him to a local legend I know through my sponsorship/voluntary stuff with North Wales Technology and it looks like I have landed the code club a really experienced volunteer.

So when I think of all the possible benefits of just this few hours of activity my basic income has enabled (inspired kids, learning about stem/steam subjects, new rocket fans, developing code clubs, people seeing other peoples voluntary work etc) it feels like basic income makes good things happen and is a real part of the future of work and community.

So that was my first week of basic income allowance… I can’t say each week will have as much excitement or impact… but I’ll certainly blooming try.
Posted by concretedog at 12:10