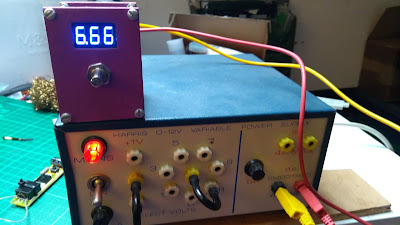 Last week I was using the variable power supply I built some time ago. It's a great and useful little build that replaced a small trimming resistor on the DC-DC LM296 based board with a 10 turn resistor to increase the resolution. It's stood for ages on top of my old lab supply with a couple of small magnets stuck to the machine screws in the frame and the case of the larger supply. It's stopped it getting knocked off a little but becomes detached easily and I have been meaning to attach the magnets to it in a better way. 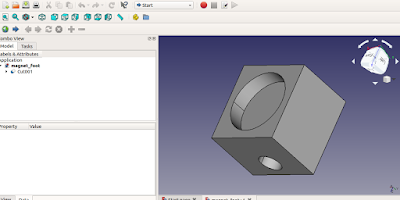 So I quickly knocked up a magnet housing/foot in FreeCAD and chucked a couple on the 3d printer. A quick blob of superglue later and the two magnets pressed in and voila! It now stays in place pretty well just on the two feet, however, I might whip up another pair when I get another spare 10 minutes! 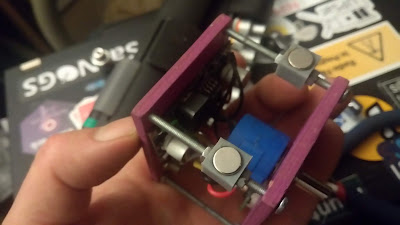