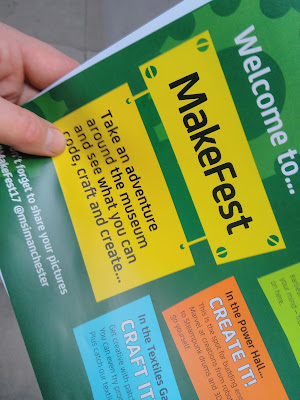 So here is my little photodump after Manchester MakeFest last weekend.. It was an interesting event for me as it didn't really feel at all like a maker fair.. more a collection of kids activities in the science museum.. However.. I had my kids and they enjoyed it although didn't really feel like they'd learnt anything new.. (although they've been to a lot of maker fairs now tbf!). I must admit I was a bit wary of how this event was going to pan out as it was astonishingly quiet on twitter and social media in the run up to it. That all said, it was great to catch up with people and lots of people really put a huge amount of work into their activities so massive respect and kudos to them.. particularly as I know how demanding 2 day events can be. 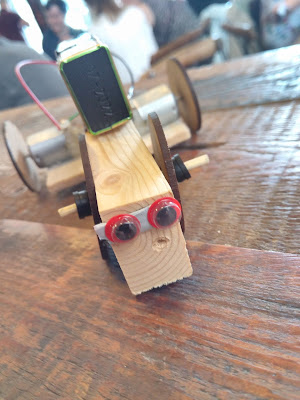 A small robot I made at the Hacman stall. I called it "spod" it requires iterations... :) 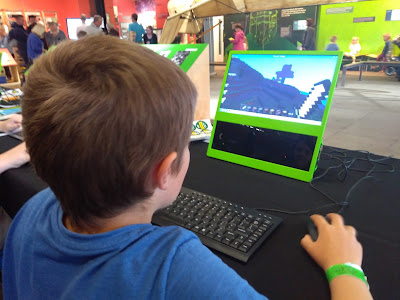 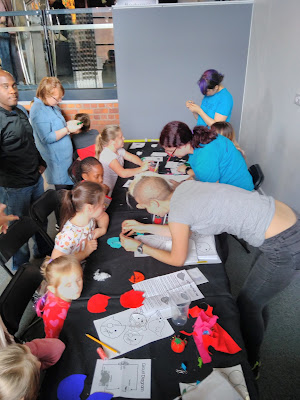 The mighty Manchester Girl Geeks, was too busy to have a go but they where doing great work with conductive sewing kits. 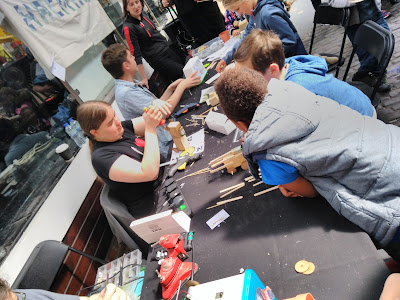 The Hacman stall with the hacman crew doing all the hot glue and soldering for the build a robot activity (punters not allowed :(  ) 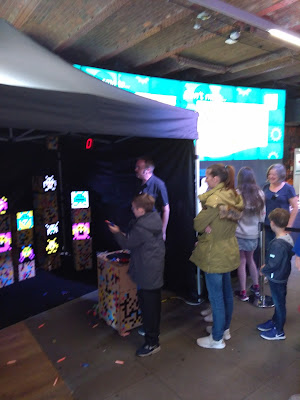 The fabulous Made Invaders by the corking DoESLiverpool team. 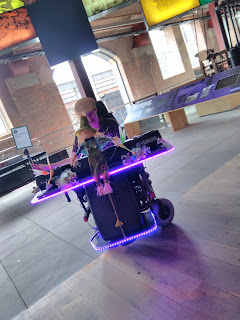 Steve Varding one of the Drake Music artists did hourly shows and frankly smashed it! Great sounds me and the kids had a bit of a rave! 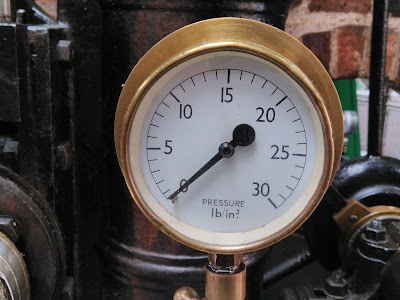 And finally... Manchester Science Museum is a treasure trove of gauges for my @gaugeoftheday account :)