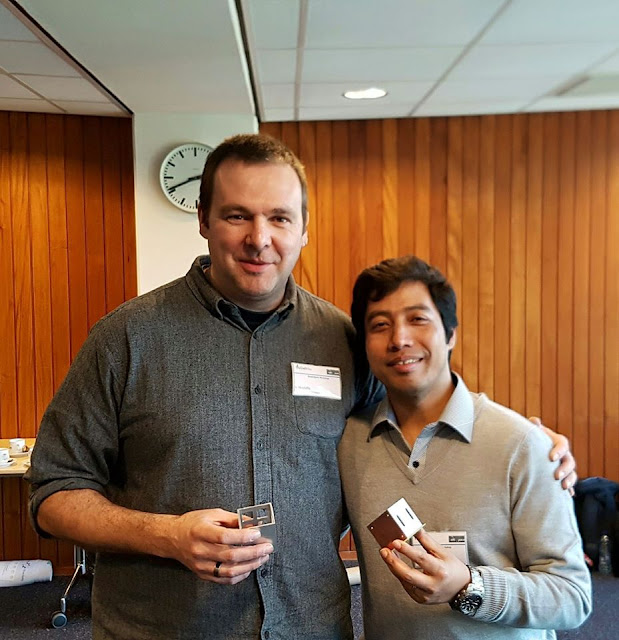 So last thursday I flew out to the Netherlands to go to and speak at the Pocketqube satellite workshop kindly hosted at TU Delft by Delfi Space. It was a pleasure and massive thanks to the team who put such an excellent event together.

With delegates and teams attending from all over the world (Wales, Scotland, England, Hungary, Israel, Switzerland, Netherlands) and people VOIP'ing in from Australia and Argentina it was truly a global affair and also crossed sectors well in terms of amateur teams through academic teams and full commercial companies speaking and an equally diverse audience in attendance.

The picture above is of me and Rakesh from Orion Space who is a passionate driving force trying to increase the interaction and interest in space engineering by students in Nepal, Rakesh is using his own resources to try and engage and build a program out there in the university of Kathmandu using CANSAT programs, model rocketry and Pocketqube development as platforms. I was honoured to give Rakesh (after using them in my talk) the chassis models I had with me for him to take back for his students to have a look at and play with. 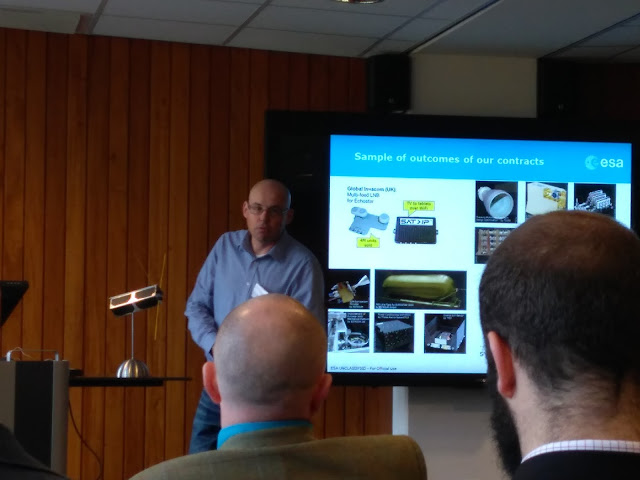 Frank from the European Space Agency started the workshop talks after an excellent introduction by Prof Eberhard Gill from Delfi Space and then followed a day with many Pocketqube teams speaking about their work and development on a range of subjects, to get a flavour of the day the workshop program is here 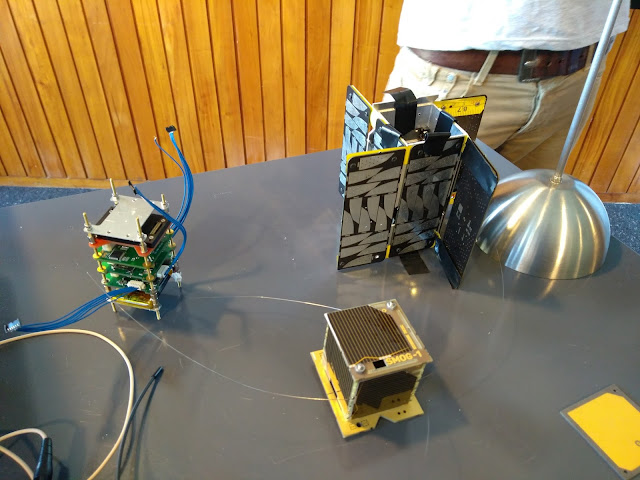 It was great to see everyones hardware/development models above is a photo of the ESA funded Alba Orbital Unicorn 2 satellite together with Hungarian team's Smog-1 hardware. 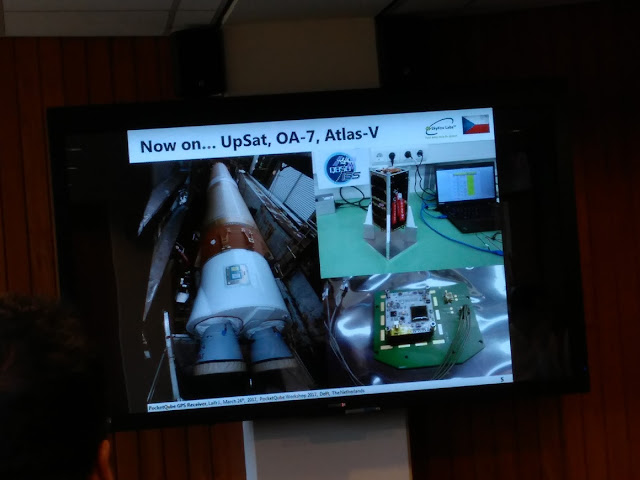 There are so many photo's I could share of peoples presentations but for the sake of brevity I've just picked out the above as it is an inspiring photo.. this is a photo of a Skyfox labs PQ60 pocketqube board having been integrated into the mighty Upsat by the Librespace foundation which is currently sat inside an Atlas V5 rocket ready to be deployed at any time. It's exciting as it represents the first launch for hardware that is built to the PQ60 community developed standard. 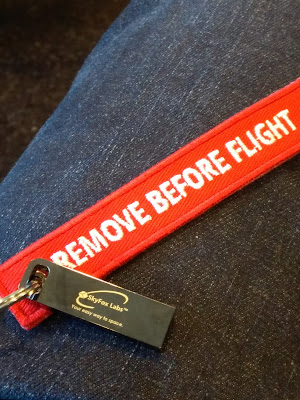 Also.. Skyfox labs gave out the best free swag at the workshop.. a nice usb drive and cool remove before flight tag.. Perfect!

The afternoon sessions were enjoyable and the workshop ended with a group discussion about standards, including mechanical standards and PQ60 and the proposed new standard from Delfispace. Its an interesting subject and it was good to see everyone in agreement that the Mechanical standard needs to be defined and published asap. The electrical standard... well.. there's probably a lot more discussion to be had!

The day ended with an amazing trip to see the Delfispace groundstation setup on the roof of the 21 story TUDelft building. It was fabulous and Kris who showed us around really went out of his way outside of work hours to give us a good tour. Bedankt! He also showed us the technology hardware archive under the TUDelft building which is not normally open to public access.. but that requires a seperate post! 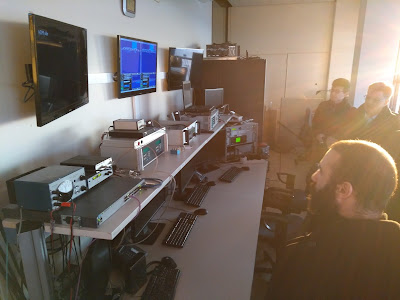 Sunset in the groundstation listening room. 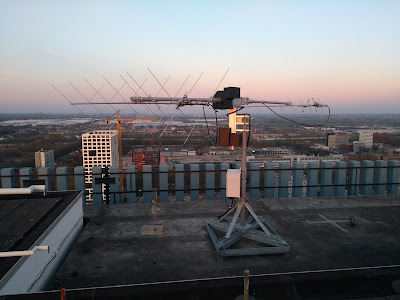 A commercial yagi setup on the roof! 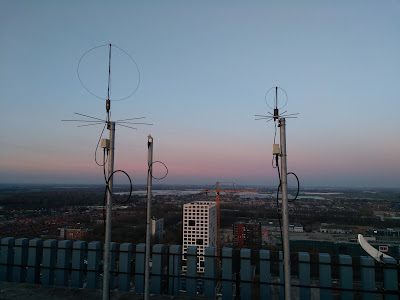 Finally. Just want to thank all the Delfispace team for putting on an amazing event.