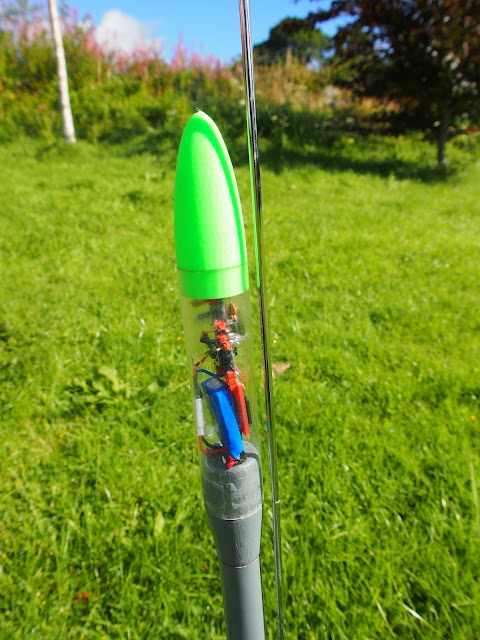 So got a bit of time to launch this rocket. I built it ages ago (it's an Estes Star Stryker kit albeit with an adapted 3dprinted nose) as I wanted to build the smallest payload carrying model rocket and indeed build a diy altimeter to go in it. 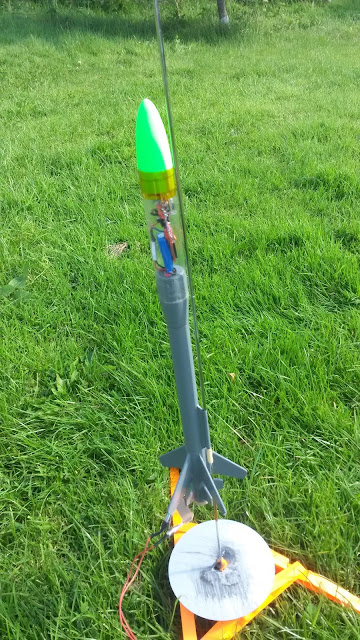 So the launch and recovery went really well, low wind and clear skies I fired it with a B6-4 motor as I quite wanted to get it back! It launched straight and stable, deployed the chute well and was easily recovered (avoided trees).. perfect. 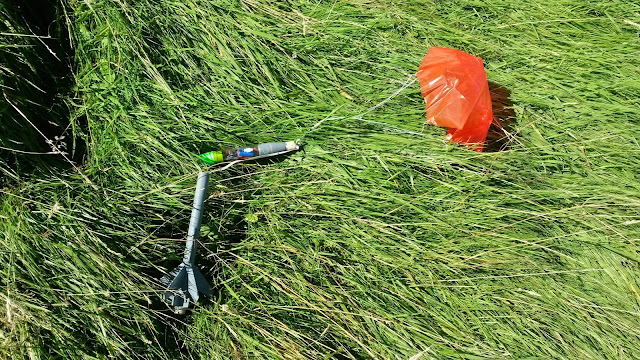 The DIY altimeter (think I'm calling it SIMPalt) seems fine after a reasonable quick decent (I think the 13 gram weight is at the limit of what the star stryker is probably designed to cope with payload wise).  I was primarily interested in whether the SIMPalt hardware would hold together structurally rather than the data as the code for the altimeter is primitive (library based and not calibrated) and at some point will be replaced with some code a much more talented buddy is working on for me.

However.. just for fun I pulled the data from the SD card and made a quick curve.. this should not be taken as accurate (can't remember how fast this code was managing SD writes on the logic analyser etc...) but I am quite pleased that despite the noise the shape of the curve is pretty representative of the flight, the apogee to chute deploy and then the change in gradient as it's descent is slowed by the chute particularly. 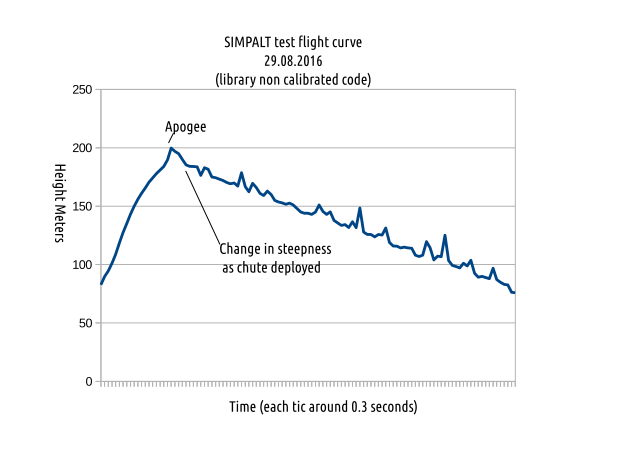