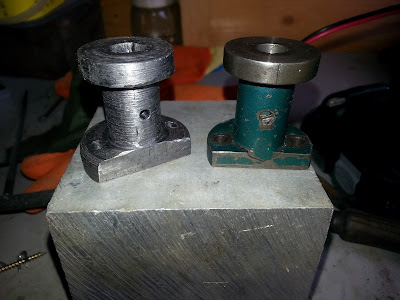 My lovely old lathe I bought earlier in the year is great fun but like a lot of things over 50 years old I realise it's going to need a lot of tinkering and making to maintain (and possibly improve) it.
One issue I noticed was that a casting that extends the cross slide lead screw was cracked and when winding the cross slide ball handle it induced a bit of flex and play (on top of lots of other bits of play/backlash--I might need to do a new cross slide leadscrew and bronze nut at some point!). When I stripped it down what should have come off in one piece came off in two...so I knew I needed another. 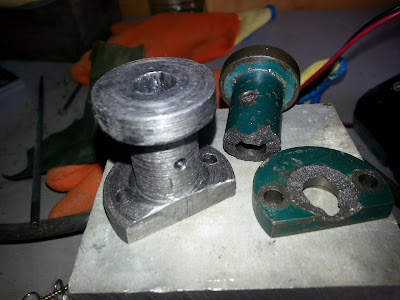 The broken piece could be attached and the lathe could still function and so I've made another which proved to me the old saying about lathes being able to rebuild themselves. 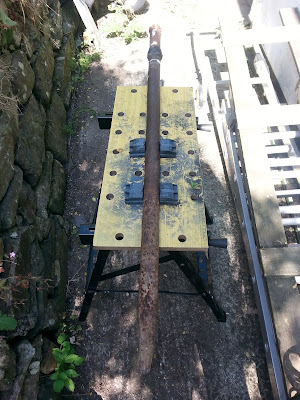 So I found a piece of old grotty cast iron cut a lump out of it and proceeded to turn this up..It has to be said that the level of finish I am getting if frankly appalling partly due to a lack of rigidity (my bench is good but the cheap shed its attached to flaps around a bit!!) but also due to operator innexperience and error!

Still it's been a good project as I've had to do lots of different types of cuts, some boring and things like using a half dead centre etc. I've stuck to the dimensions that are critical from the original but have made the piece thicker and chunkier in places to try and avoid this one cracking. I might strip it down and paint it at some point...if only to try and hide the finish!! 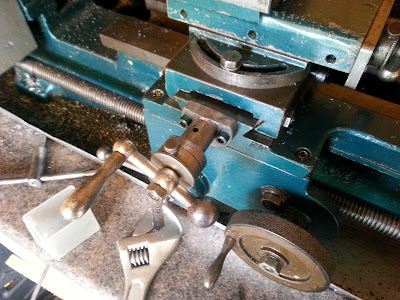