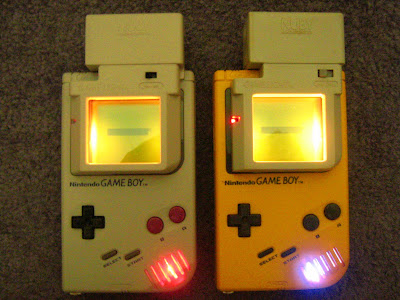 In amongst working on other things, I've done another couple of modified gameboys. Both these fellas have the "pro sound" modification done, I've done this mod before but on these I've done it so that the new improved output has its own socket in the bottom of the case meaning you can retain the headphone socket. As the mod renders the (awful) internal speaker useless I decided to pull them out and fit LED's to shine out through the speaker grill...I really like the effect.

A lot of people have got into adding backlight kits to old gameboys, but I managed to pick up a couple of these slide on "Nuby" lights which again..I love the look of...so I probably won't attempt this mod.

However it has come to my attention that I have procured way to many gameboys than one could ever need so this one is off to ebay to try and raise some cash towards a new portable recorder...(mmmh micro br mmmh) EDIT...Heres the ebay link if anyones interested 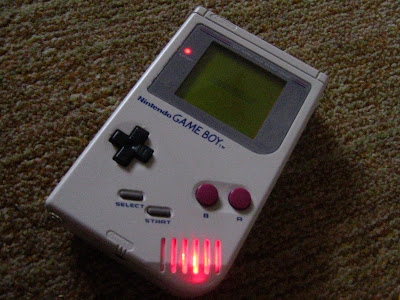